A Life On Fire

Evangelist Reinhard Bonnke was principally known for his Great Gospel Crusades throughout Africa. The son of a pastor, Reinhard surrendered his life to Christ at age nine, and heard the call to the African mission field before he was a teenager. He attended Bible College in Wales and was ordained in Germany where he and his wife, Anni, pastored a small church until 1967 when, in obedience to his childhood call, they embarked on missionary life in Africa in the small mountain kingdom of Lesotho. When, in 1974, the Holy Spirit spoke to Reinhard in a recurring dream about “a blood-washed Africa,” he founded Christ for All Nations, becoming the inspiring visionary who always spoke of “plundering hell to populate heaven,” a dedicated preacher who saw “signs following” as the necessary evidence of the power of the Gospel to save, heal, and deliver. 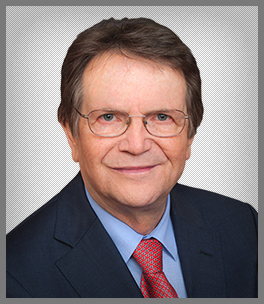 Evangelist Bonnke began holding meetings in a tent that accommodated just 800 people, but, as attendance steadily increased, larger and larger tents had to be purchased, until finally, in 1984, he commissioned the construction of the world’s largest mobile structure at the time — a tent capable of seating 34,000 people! Soon, attendance at his meetings exceeded the capacity of even this huge structure, and he began open-air Gospel Campaigns with an initial gathering of over 150,000 people per service! From then on, he conducted city-wide meetings across the continent using towering sound systems that could be heard for miles. The largest recorded attendance in such an open-air meeting was in the city of Lagos during the “Millennium Crusade in November, 2000, when over 1.6 million people thronged the field to hear the Gospel!

Reinhard Bonnke held the first Fire Conference in Harare, Zimbabwe, in 1986. Since then these events have taken place around the globe, equipping church leaders and workers for evangelism. He was also the visionary behind a program to mail a compelling Gospel message, written by him, to every home in many countries around the world. It was known as ‘Minus to Plus’. As always, he sought every opportunity to reach and save the lost!

Christ for All Nations continues to be committed to linking new believers with the local church and integrating them into a life of discipleship. As part of the follow-up program, over 185 million copies of the CfaN booklet, “Now That You Are Saved,” have been published, in 103 languages and printed in 55 countries. Both these Gospel booklets Evangelist Bonnke gave to CfaN royalty free, a gift that keeps on giving! There is a great hunger for the Word, and millions of other teaching books have been produced for free distribution, and “seeded” into nations around the world. He also spent several years developing the "Full Flame Film Series" – eight inspirational films aimed at activating the church to Holy Spirit evangelism. These are made available free of charge in many languages online. In the almost 50 years since he founded the ministry, CfaN has opened offices across the globe, staffed by team members who all display the same call to soul-winning that he was known for.

Reinhard Bonnke’s passion for the Gospel endured until the day he died. He preached it “in season and out of season,” wherever in the world the door opened to him, but Africa always remained his primary call. He loved to thunder “Africa shall be saved!” and these words still echo wherever the name of Reinhard Bonnke is known.